Sangeet and Mehndi at Indian Weddings 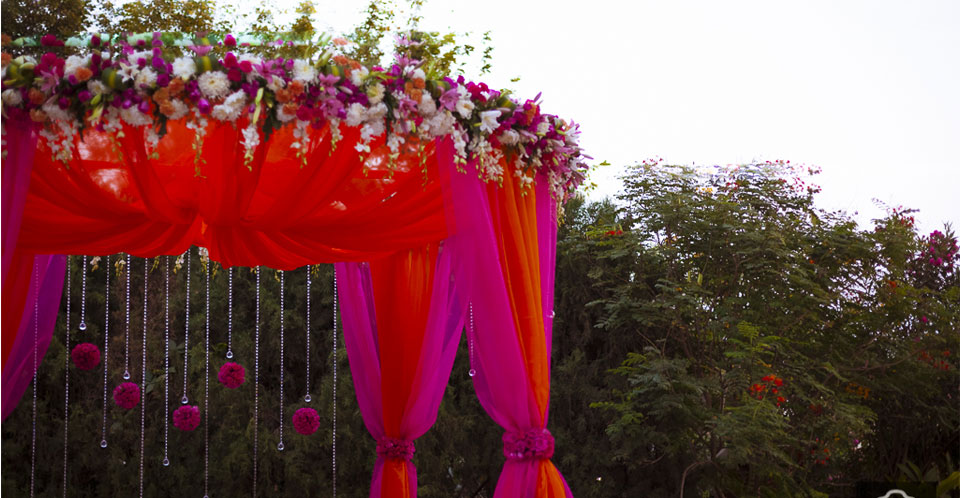 Reflecting the synthesis of widely differing cultures in a world, that is coming ever so closer, is the perceptible spike in the number of Sangeet and Mehendi ceremonies that seem to dot wedding affairs, a trait that can most remarkably be observed even in South Indian Weddings today. Traditionally, a Sangeet ceremony involves the women from both the bride and groom's parties getting together to the accompaniment of music, generally rendered by the women themselves and culminating in a memorable evening. Mehendi, as those who are familiar with Hindi might already have guessed, is the last in a long series of preludes to a wedding, an event that is marked by decorating the palms of all women with temporary 'Henna' tattoos.

Far from being the exclusive forte of North Indian families and traditions, the Mehendi and Sangeet have today come to be integral parts of nearly all important wedding ceremonies, while also assuming a certain local flavour.

If an elaborate and a week long wedding, complete with Sangeet and Mehendi is your style, then Productionweddings is probably your safest bet. It is our ability to seamlessly incorporate ceremonies and traditions that may not be part of local conventions that sets us apart.